Artist's Statement For several years now, I have been examining the state of the planet, its vast array of inhabitants—myself included—and the violence that this collective entity has experienced throughout its long life, but specifically since the dawn of industrialization and western capitalism. In a system of exploitation and hierarchical categorization of value, we’ve seen the land and its Indigenous populations suffer in the name of colonization, expansion, and domination. The wounds have gone unhealed for generations and we bear witness to the worldwide environmental consequences of unbridled imperialism and corporate greed.

The pain of the earth is, inherently, a pain inflicted upon humanity. All forms of life are connected through a deeply woven web of physical and metaphysical intricacies. If we as a species are to have any hope for a sustainable future on this planet, we must begin to integrate ecocentric principles into international law to ensure the protection of what remains of the earth’s resources and natural habitats. Through my artistic & social practice, I seek to aid in this shift towards deep ecological thinking, and to push people into action against the systems which oppress us and our fellow earth dwellers. Artist's Biography Alek Zuniga de Dóchas (b. 1995) is a trans-femme latinx creative worker and interdisciplinary artist whose practice responds to imperial and colonial violence on the earth and its inhabitants through a wide range of media including performance, film, installation, and illustration. A large body of work surrounds Zuniga de Dóchas’s mythical alter ego, the Dryad, and their existential journey as a queer embodiment of the earth during the late stages of capitalism and western colonialism. Through the means and material available to them, Zuniga de Dóchas hopes to cultivate a sense of solidarity and kinship across different forms and walks of life, and to challenge western notions of social, political, and economic value.

Zuniga de Dóchas attended Pacific Northwest College of Art (Oregon) and Boise State University (Idaho), graduating with a BFA in Visual Art at the latter institute in the Spring of 2018, and they are currently a candidate in the University of New Mexico's MFA Art & Ecology program. Their work has been exhibited and published nationally from coast to coast, and they have performed in internationally-exhibited and award-winning films. Future exhibitions will be announced as they approach. 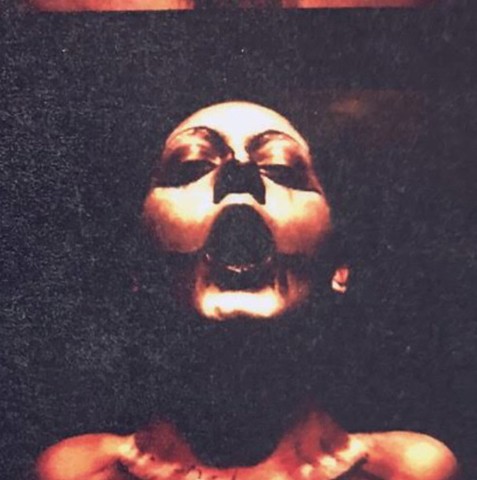